This is an interactive problem.

As we all know, JXC is the red sun of USST. Now, he is going to play an easy game with Setsuna.

Setsuna wants to know numbers in all cells of the grid. To do so we can ask the following questions: 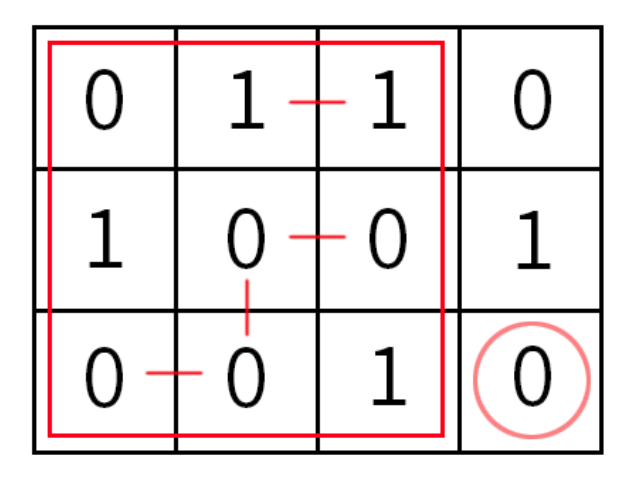 You are required to help Setsuna to determine all cells of the grid by asking not more than $2000$ questions(including two kinds of questions and the guess of the answer). It can be shown that the answer always exists.

You begin the interaction by reading $n,m$.

Don’t forget to ‘flush’, to get the answer.

In response, you will receive the number of good pairs if you asked the submatrix or the number in the cell otherwise.

Then output $n$ lines, the $i$-th of which is a string of length $m$, corresponding to numbers in the $i$-th row of the grid.

Note that you have only $1$ chance to guess the answer, and after outputting the answer, your program must be terminated immediately without outputting anything.

After printing a query, do not forget to output end of line and flush the output. Otherwise, you will get Idleness limit exceeded. To do this, use:

The interaction process in the sample is as follows. 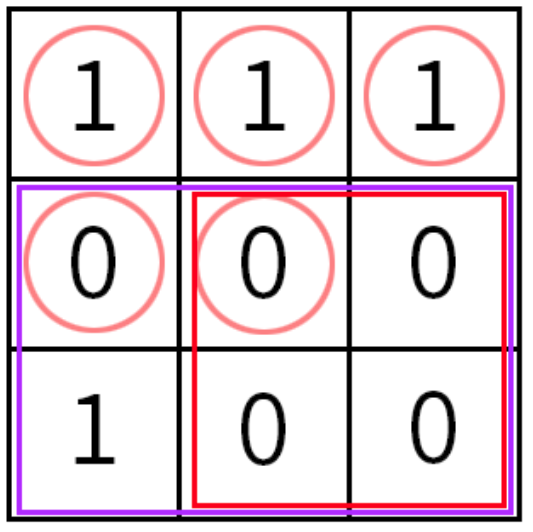 Setsuna first used all the second type of queries to get the numbers in the first five cells.

Then she asked about the $2 \times 2$ submatrix in the lower right corner. JXC told her there are $4$ good pairs, so it is easy to infer that this submatrix is all $0$.

Finally she asked about the $2 \times 3$ submatrix at the bottom. JXC told her there are $5$ good pairs, so it is easy to infer that the lower left corner is $1$.