Long long ago, there was a world of triangles. A smart guy in that world invented a camera, whose viewfinder was a

range could be represented by three rays OA, OB, OC. Note that the visual range is INFINITE. 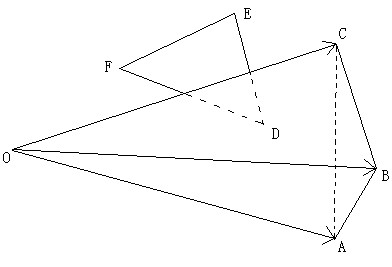 Now, we have a camera with known visual range and a triangle DEF in the space. The inventor wants to know if the

camera can see the triangle, in other words, if there is at least one point of the triangle strict in the visual range.

All the integers in a line are separated by a whitespace.

The input guaranteed that if you look from O, three points ABC are always arranged counterclockwise.

We guarantee the camera and the triangle are not degenerate.

For each test case, display a single line contains the result, “YES” for visible, “NO” for not visible.