A ship is on a W wide sea area. N enemy submarines numbered from 1 to N are underwater moving from west to east at

depth of D. Every two seconds the submarine can move one unit distance. The ship is equipped with unlimited bombs.

At each second, the ship can do one of the following actions: 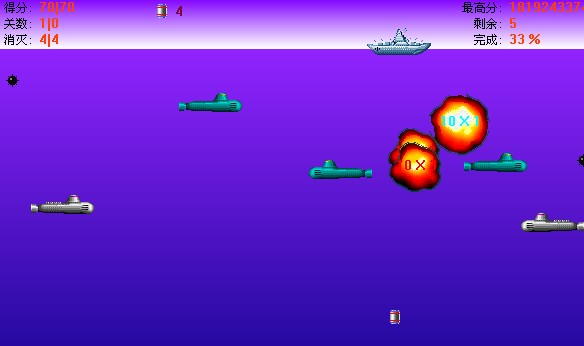 At no time can submarines overlap at each other.

Every submarine has an important degree. Given the time each submarine enters the sea area at the most west side, and

whether the submarine is the special type, please calculate the maximum sum of destroyed submarines’ important degree in

The input consists of several test cases. Each test case starts with a line containing four integers W, D, N, and S. Each of

time the i-th enters the sea area at the most west side; Di is the submarine’s depth. If Ci is 1 then the submarine is the

special type, otherwise it is a normal one.

For each test case, print a single line containing a number indicating the maximum sum.