Bill is working in a secret laboratory. He is developing missiles for national security projects. Bill is the head of the aerodynamics department.

One surprising fact of aerodynamics is called Whitcomb area rule. An object flying at high-subsonic speeds develops local supersonic airows and the resulting shock waves create the effect called wave drag.Wave drag does not depend on the exact form of the object, but rather on its cross-sectional profile.

Bill’s department makes a lot of computer simulations to study missile’s aerodynamic properties before it is even built. To approximate missile’s cross-sectional profile one takes samples of $S(z_{0})$ for integer arguments $z_{0}$ from $z_{min}$ to $z_{max}$. 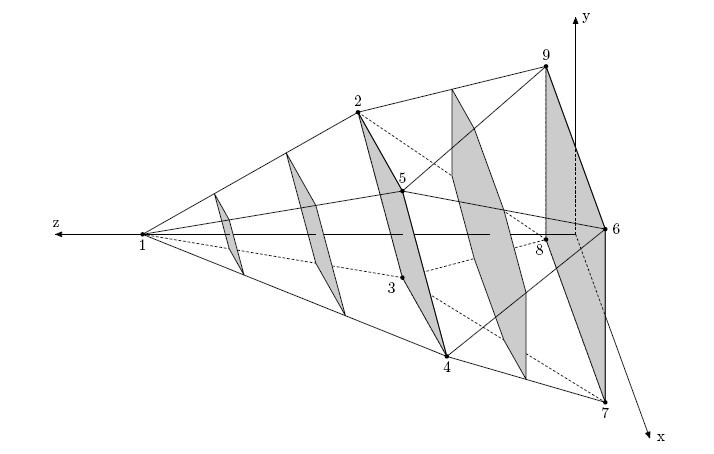