A binary clock is a clock which displays traditional sexagesimal time (military format) in a binary format. The most common binary clock uses three columns or three rows of LEDs to represent zeros and ones. Each column (or row) represents a time-unit value.

When three rows are used (horizontally), the right column in each row represents 1 (or 2^0), with each column left representing higher powers of two, up to 2^5 (or 32). To read each individual unit (hours, minutes or seconds) in the time, the user adds the values that each illuminated LED represents, and then reads the time from top to bottom. The top row represents the hour, the next row represents the minute, and the bottom row represents the second. 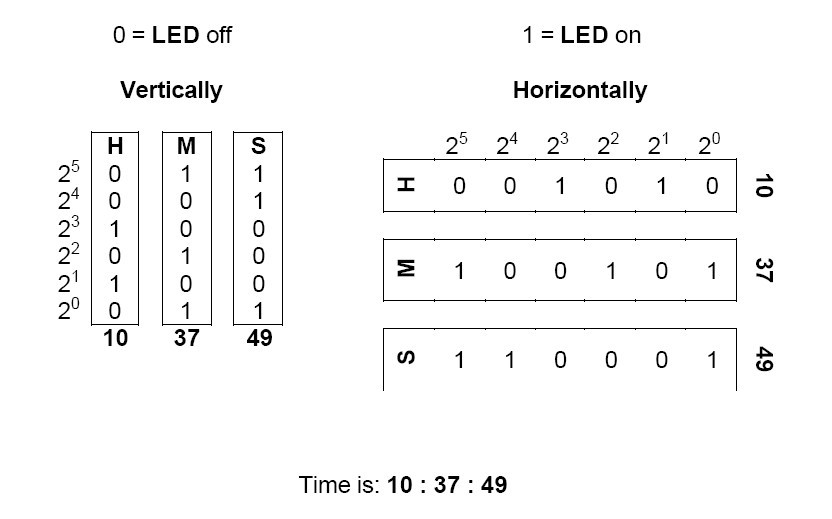 For this problem you will read a time in sexagesimal time format, and output both the vertical and horizontal binary clock values. The output will be formed by concatenating together the bits in each column (or row) to form two 18 character strings of 1’s and 0’s as shown below.