Convolution is the process of adding each element of the image to its local neighbors, weighted by the kernel. You can skip the following description if you know what that is; if you don’t, there is a brief introduction here.

Images can be thought of as a matrix. Usually, they have three channels: red, green and blue; but here we only consider the case where there is only one channel.

Each convolution operation has a kernel which could be a any matrix smaller than the original image in height and width. Each kernel is useful for a spesific task, such as sharpening, blurring, edge detection, and more. Let’s start with the sharpening kernel which is defined as:

Then we do the following steps: 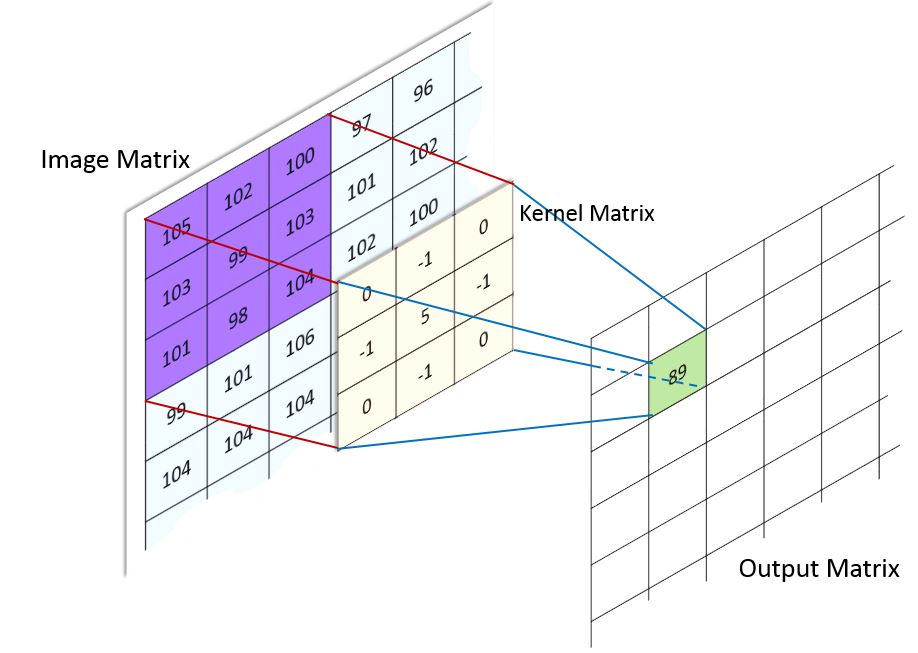 For the pixels on the border of image matrix, some elements of the kernel might stands out of the image matrix and therefore does not have any corresponding element from the image matrix. For this problem, you can eliminate the convolution operation for these position which end up an output matrix smaller than the input (image matrix).

The problem statement above is copied from here.

The following $h$ lines each contains $w$ space-separated integers denoting the kernel matrix. The range of these elements is $[-128,127]$.